How to design a security system for your house, identifying objectives, access points, comparing wireless and wired and reviewing bells only versus monitored.

What to consider when buying a burglar alarm system

It’s important to understand that everyone’s needs are different when it comes to home security, so when you need to decide which alarm is best for me (or you) there are a number of  considerations to take into account.

The following is a list of the key factors to consider when buying a burglar alarm system:

To design the best security system it’s important to think about these factors and build a system that works for your specific situation.

Although there are lots of different types of house in Britain, there tend to be some common floor plans which mean that its fairly easy to design a security system. For example, below is an example of a typical terrace house and a diagram showing the standard alarm equipment needed: 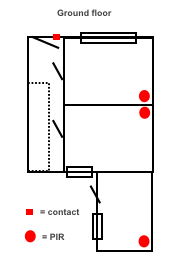 At the end of this blog post are further floor plans and typical alarm equipment needed, for the following types of house:

20 years ago when I first started working in the burglar alarm business there was only one type of alarm system: the wired alarm. Fast forward 20 years and now wireless technology has improved significantly, meaning that it’s no longer necessary to have to install a fully wired system. That said, choosing a wireless alarm system isn’t a no-brainer, as wireless systems still have their drawbacks and aren’t suitable for all situations.

Here’s a comparison of the positives and negatives of wired vs wireless alarm systems:

There is also a less well-known but good compromise between the two, which is a ‘hybrid system’ – which mixes wired and wireless technology. Arguably the hybrid system is the best option, as it brings together the best of both worlds.

The two biggest balancing considerations with the wired / wireless argument is very much ‘ease of installation’ over ‘reliability’. Arguably reliability is the most important aspect to consider, especially as security systems should be fail-safe, working in the in-frequent occasions you really need it to work.

Historically most burglar alarms have been ‘bells only’ systems i.e. when the alarm is activated, a bell is activated outside the property to bring attention to the burglary. Due to the relatively high occurrence of false-alarms, and the annoying nature of a bell ringing on a street, bells-only systems have become less effective and increasingly less popular, and have been over-taken in popularity by monitored alarms. 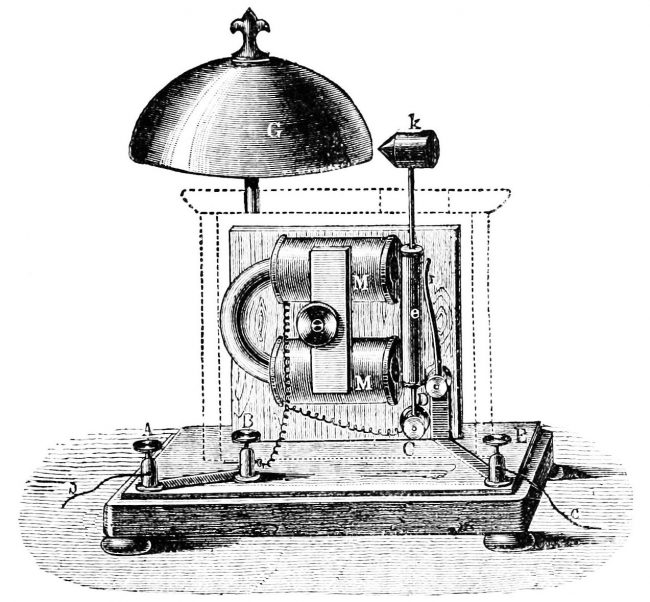 Monitored alarms are security systems that are connected to an ‘alarm monitoring service’, meaning that whenever the alarm is activated instead of a bell ringing outside the property, the alarm automatically connects to ‘monitoring station’ who can then respond accordingly e.g. by calling emergency services in the case of an emergency, or calling your key-holders in the case of a suspected false alarm.

A quick comparison of the benefits of the two is as follows:

Taking into consideration all the key factors, we’d generally recommend AMCO’s LiveTalk alarm system as the best alarm in the UK – if you’re looking for a system that balances high security levels and practicalities like ease-of-use and future-proofing.

When to consider installing CCTV

The use-cases for installing CCTV is for situations where you need to record movement / activity in various areas of your property. CCTV can be installed both internally and externally, although is most commonly used (especially in residential properties) for external surveillance.

CCTV can be used to provide both live and recorded video imagery. Most CCTV systems now connect via IP to the internet, meaning that you can watch images remotely via your computer or smart-phone. Video is stored / saved via a DVR (digital video recorder) on site. It’s also possible to record video and store it in the ‘cloud’ remotely.

The majority of domestic house-holds don’t have CCTV installed, as it’s deemed unnecessary. Typical reasons for installing CCTV include:

From an internal CCTV perspective people are increasingly considering installing CCTV to monitor staff like cleaners or nannies. For these types of internal CCTV purposes it’s easy to install low-cost devices like the Arlo.

How to change Veritas alarm battery

How to reset Infinite Prime alarm after activation

How to replace a fuse on Veritas alarm